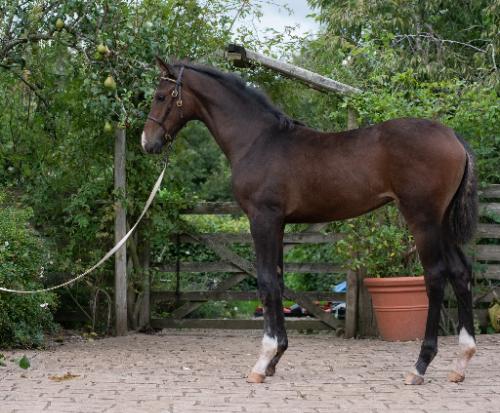 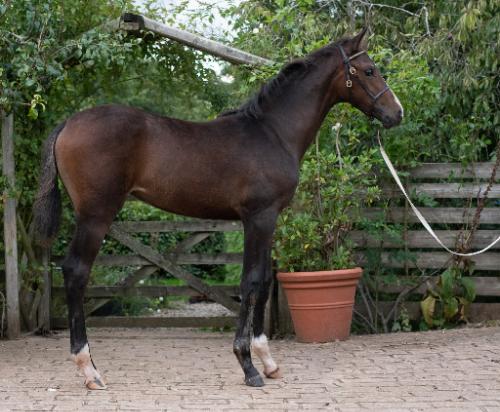 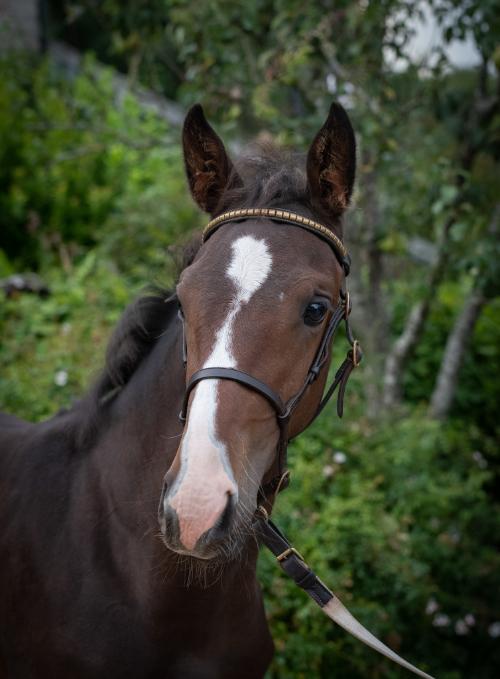 Details: Descending from the very best of German dressage bloodlines and bred at Klosterhof Medingen in Germany, this stunning filly was born in the UK on 18th May 2020. Donna Liona is by BORSALINO, a son of Isabel Werth’s BOSTON. Boston scored exceptionally well at his 30-day stallion performance test in Neustadt/Dosse and was Champion stallion at his BWS licencing. Boston’s sire JAZZ led the world dressage horse rankings for many years, winning KWPN Stallion of the Year in 2011, as well as many international Grand Prix tests. Anky van Grundsven’s COCKTAIL, the sire of Jazz, was also a consistent winner at Grand Prix level. In 2019, two of Borsalino's daughters, Bellisima and Bond Girl, were awarded premium at the Herward-von-der-Decken Show and were sold for the top prices at the auction at Klosterhof Medingen (240,000 and 150,000 euros). Two sons were licensed in Verden. The dam sire is DE NIRO, by DONNERHALL. De Niro was ranked No 1 on the WBFSH dressage sire rankings for six years between 2012 and 2018. His Grand Prix progeny include Desperados, D'Agostino, Dablino, Daily Pleasure, Delgado, Deveraux, Daintree, Dandelion, Disneyworld and Super Nova. The filly’s maternal grand dam Kuriosa produced the highest priced horses at the Klosterhof auctions of 2010 and 2011, Denina and Denino (270,000 and 120,000 euros). The legendary Trakhener stallion CAPRIMOND is also in her dam line. Donna Liona is a beautiful, correct and modern foal carrying a combination of important bloodlines that can rarely be purchased outside Germany. Her superb, athletic movement and exceptionally good temperament make her an exciting future International dressage prospect, whilst her world class breeding potential suggests she will be a valuable addition to any dressage breeding programme in the UK or the US. To make 16.2hh - 17hh. Current video to come shortly.