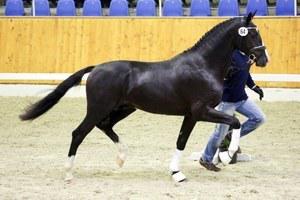 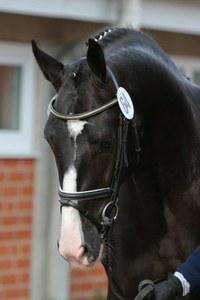 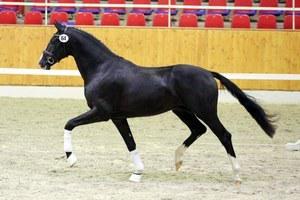 Details: World class quality 3 year old KWPN black stallion closely related to double Olympic champion and World and European champion Valegro. Hudson is by Negro out of a STER graded Haarlem x Nimmerdor mare. Currently standing at approx 168cm. Hudson is a stunning stallion that turns heads wherever he goes and has been professionally produced by the world class Boeckmann Stud in Germany. He has three fantastic paces and has always shown the talent to be competitive at the highest level. His bloodlines would be an asset to any stud. He combines power with an elegance rarely seen and will be a force to be reckoned with on the competition circuit a true FEI prospect. Hudsons sire Negro has produced numerous successful Grand Prix horses most notably the triple world record holder and world number one Valegro. His damline is also full of successful competition and breeding horses and the dams full brother has had a prolific career winning up to Inter 1 level in USA. Passed recent vetting including endoscope and full set of fantastic X-rays. Currently based in Germany. Hudson is an incredibly special stallion and a horse of this quality would rarely be on the market but he has unfortunately grown too big for small lady owner/rider. Serious enquiries please phone +44 7624 412319 or email carly-2002hotmail.com